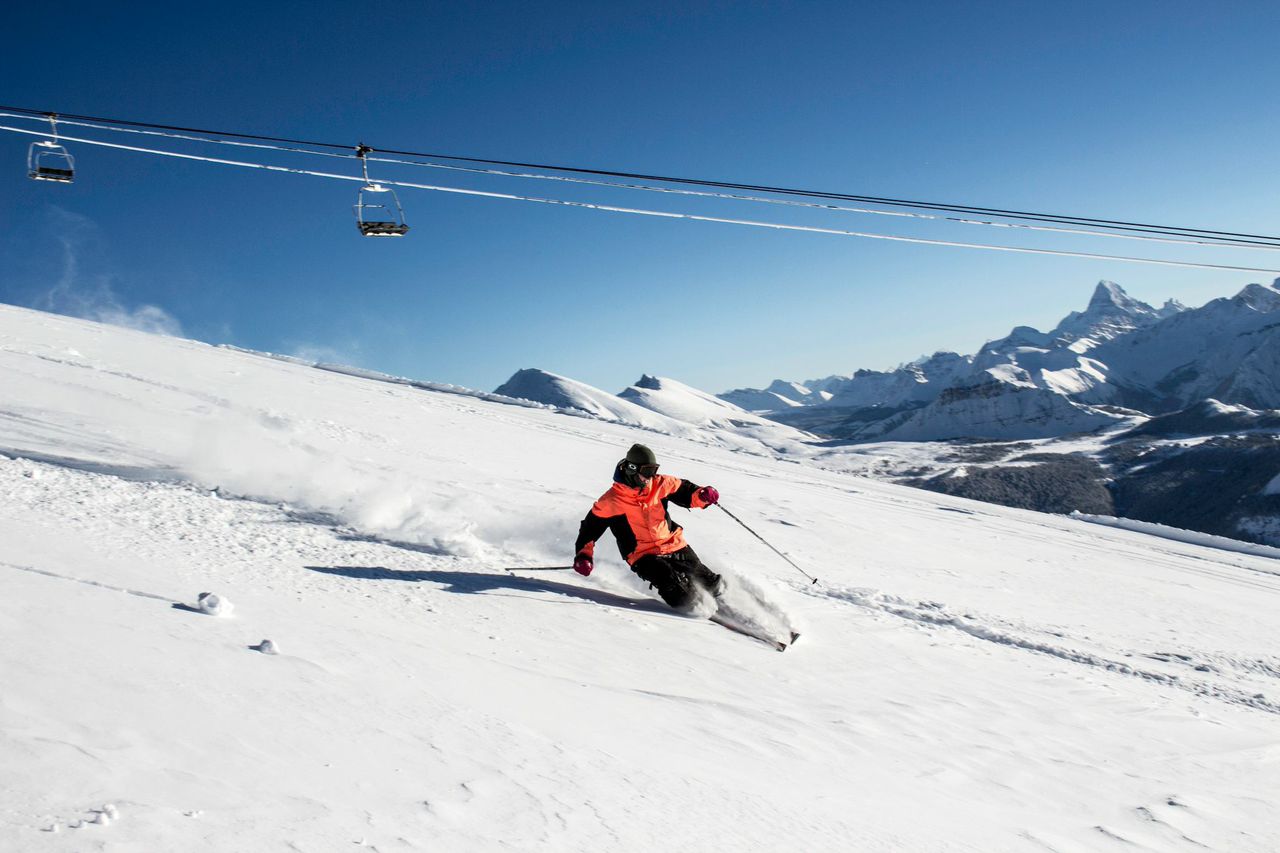 Give your opinion on the best of the best. Show your support and vote Banff Sunshine Village as your favourite Ski Resort in Alberta

It’s election season, and we at Banff Sunshine are asking you to VOTE for us (as a vote for us, is a vote for Canada’s Best Snow).

Yes, that’s right! We’re running with hopes of re-election for the Calgary Herald’s Reader’s Choice, for where to ski.

At Banff Sunshine Village, we are on a mission to be Canada's leading alpine resort. This year, we're proud to announce we've once again been nominated for the title of "Favourite Ski Resort in Alberta".

The Calgary Herald has been asking readers to take part in their Reader’s Choice Poll since 1993. We at Sunshine, are honoured each time we’re named your choice to ski or snowboard. As a proud Alberta resort, being named the Calgary Herald's Reader’s Choice Award is a top honor as the award recognizes the best of the best in a range of categories, from your favourite restaurant to clothing shop to ski resort.

This election season, skiers and snowboarders, please take 5 minutes, and head to http://readerschoicetourism19.hscampaigns.com/

to vote for Banff Sunshine Village as your favourite place to ride.

Why would you vote for us?

Our location 7,200 feet high on the Continental Divide, in the heart of the Canadian Rockies, makes us a natural magnet for the greatest snow in the country. As Canada’s highest Ski & Snowboard resort, Mother Nature spoils us with light, dry, soft, and silky snow every season. Our delicious natural snow creates an incredible ski and snowboarding conditions, complemented by views so picturesque they leave you with an indelible in-print.

The fun at Sunshine Village starts in early November and rides all the way through to late May. Our seven-month shred season makes us the longest non-glacial ski season in Canada. With nearly 200 days of skiing and snowboarding in the Canadian Rockies, there are no excuses not to enjoy the world-class slopes of Sunshine’s three mountains.

3. Our diverse ski and snowboard terrain offers something for everyone

Voting for the Annual Readers’ Choice Awards will be open until October 28th, 2019. Vote now for a chance to win! If you vote in a minimum of one category, you are entered into a draw to WIN $500.00 in pre-paid Mastercards.