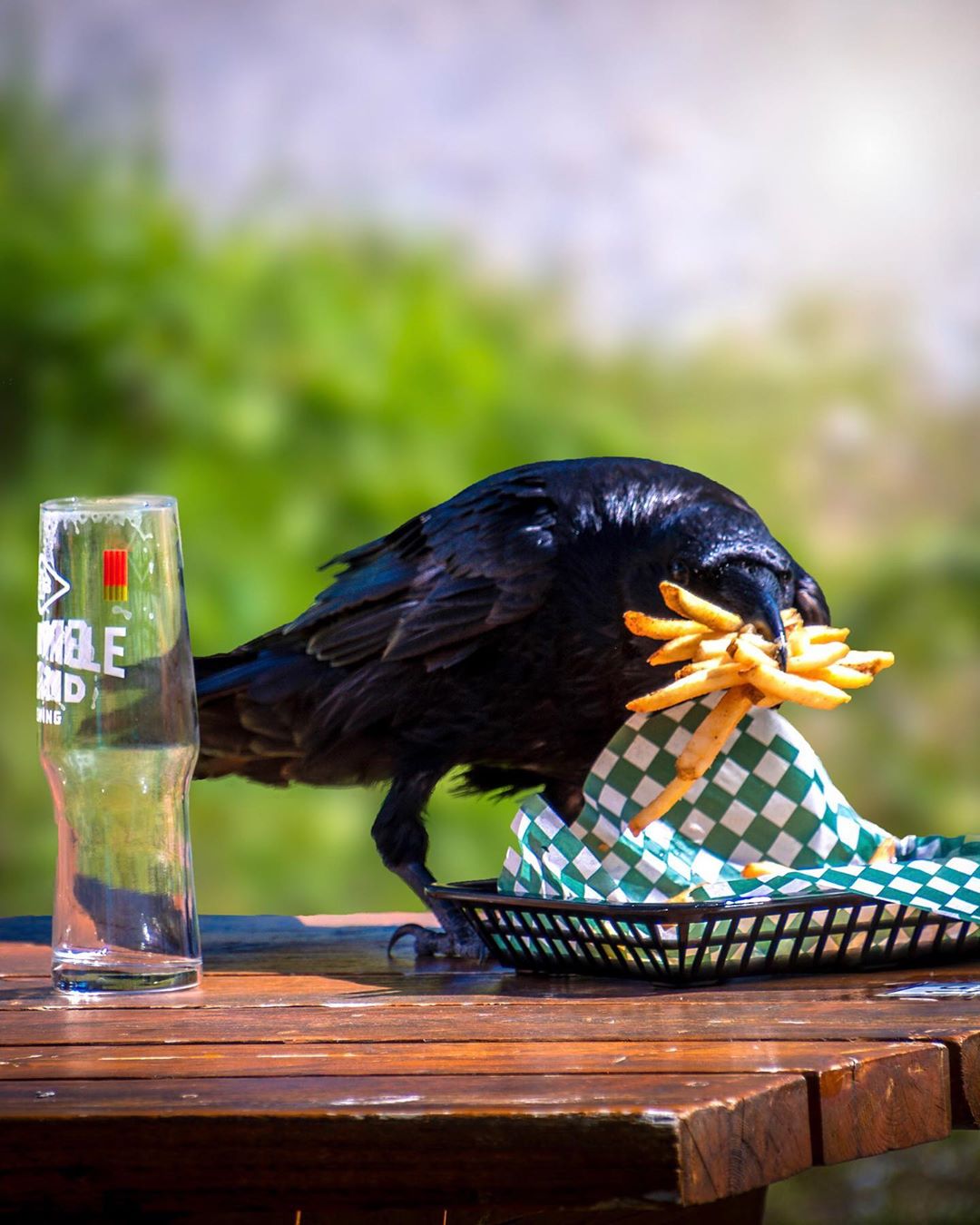 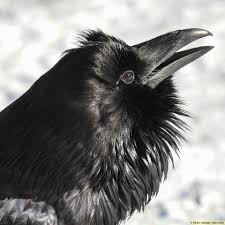 While spotting a bear, especially a grizzly, is top of the list for many of us, the supporting cast of creatures that call the Canadian Rockies home can be just as magnificent.

Our home is home to many creatures. Those big, and small.  From deer to mountain goats, foxes to ground squirrels, the Canadian Rockies are ALIVE.

Remember, it’s important to never feed wildlife and to keep food out of reach

Relaxing in our village, you’re sure to meet our family of Ravens. The Sunshine Ravens are not your average crows. These birds are as clever as they are large! The Raven family has called Sunshine home for decades, no matter the season.

When living on-mountain, we always have to keep an eye out for these smart critters. As the birds have been known to steal meat straight from the BBQ. They watch and wait for their opportunity – which can come as quick as a sneeze.

If you’ve been to Trapper’s you’ve probably seen the Sunshine Raven “Conspiracy” plotting. These birds have been known to dive for nachos, onion rings, and surprisingly chicken wings when they think you’re not paying attention.

Intrigued by their maleficent deeds, we’ve rounded up some of our favorite Raven Facts:

2. Ravens are smart! Scientists believe ravens to have an IQ equivalent to chimpanzees and dolphins.

3. Ravens can mimic human sounds. When trained, Ravens can speak more clearly than parrots. In the wild, ravens will often imitate the sounds of wolves to enlist the aid of the wild dogs.

4. As “teenagers”, ravens hang out in “gangs.” While they wait to find their mate.

5. The One. Ravens are loyal and when they meet their special bird they will mate for life.

6. Ravens communicate with each other using hand gestures, similar to those we use.

7. A group of ravens is called a Conspiracy. The conspiracy will work together to forge for food.

8. Like humans, ravens have the ability to think ahead and plan for the future.

9. Thinks humans hold a grudge, think again! Ravens will remember the face of someone who has wronged for their entire life.

Next time you’re at Sunshine, keep an eye out for the intelligent birds. Watch as they plot and play in the Canadian Rockies.

Staying at Sunshine Mountain Lodge, be smart with your food. These birds have been known to open coolers and steal leftovers.