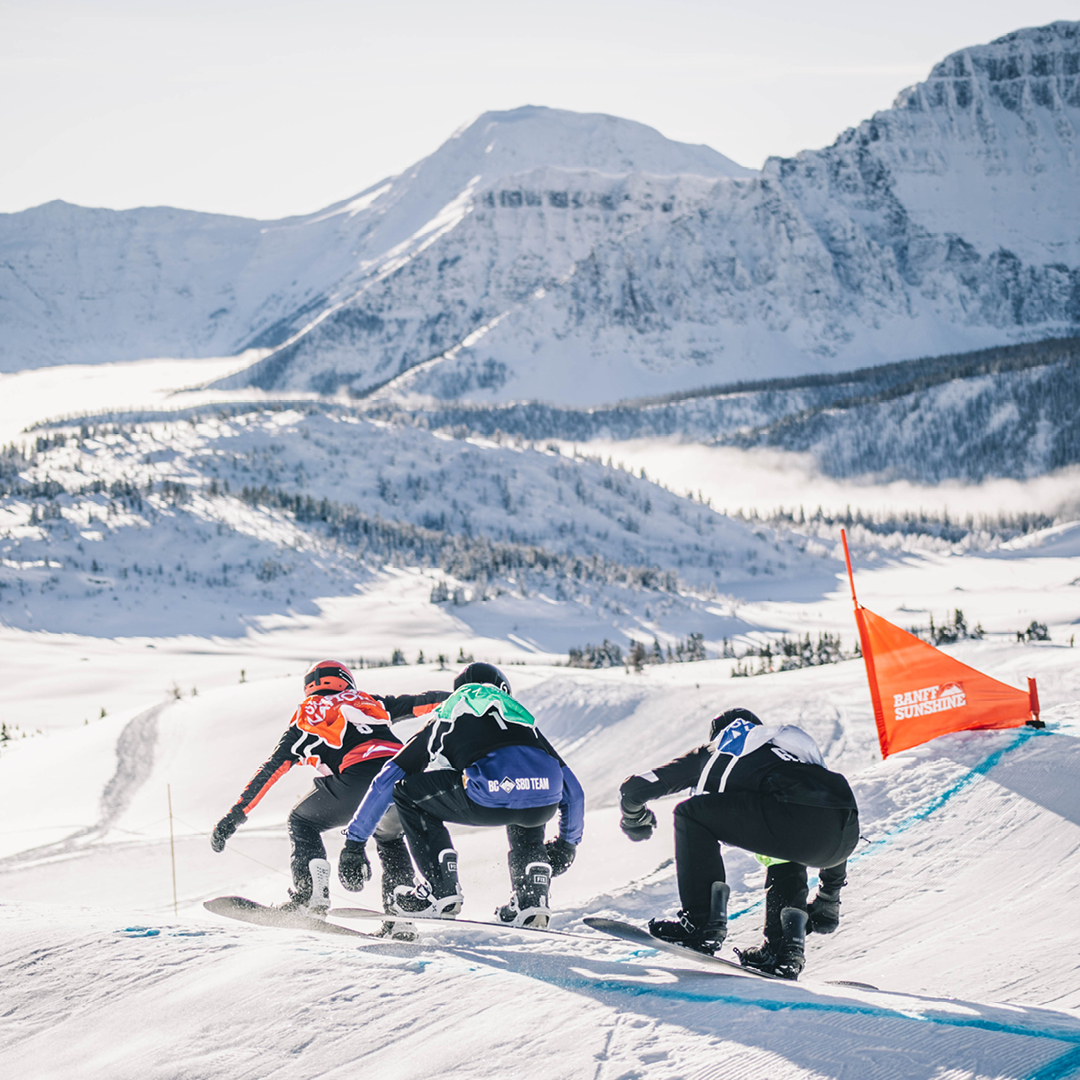 Snowboard Cross is a downhill race, with four boarders competing at once. As the competitors race beside one another, they navigate a narrow course filled with jumps, drops, and cambered turns. The terrain obstacles are structured to test the competitors’ technical abilities.

The tour kicked off its 2023 competition over a two-day span at Banff Sunshine Village. Athletes had one day of training on January 10th, followed by two days of competing, on January 11th and 12th.

The course was held next to the Divide Park. Spectators rode down the Great Divide, Teepee Town or Angel Express to support the athletes.

All athletes competed in a fierce race against the clock and their opponents, to reach the finish line. Some of the fastest and most talented boardercross athletes in the world competed in this two-day competition, at Banff Sunshine Village.

The results from the action packed days are...

The Speed Nation SBX Tour brings together the best international athletes, to compete in one of the best SBX tours in the world.

Be sure to check out the results of the next stops of the tour!

Good Luck to all the athletes in the next three stops!