The Bears of Banff 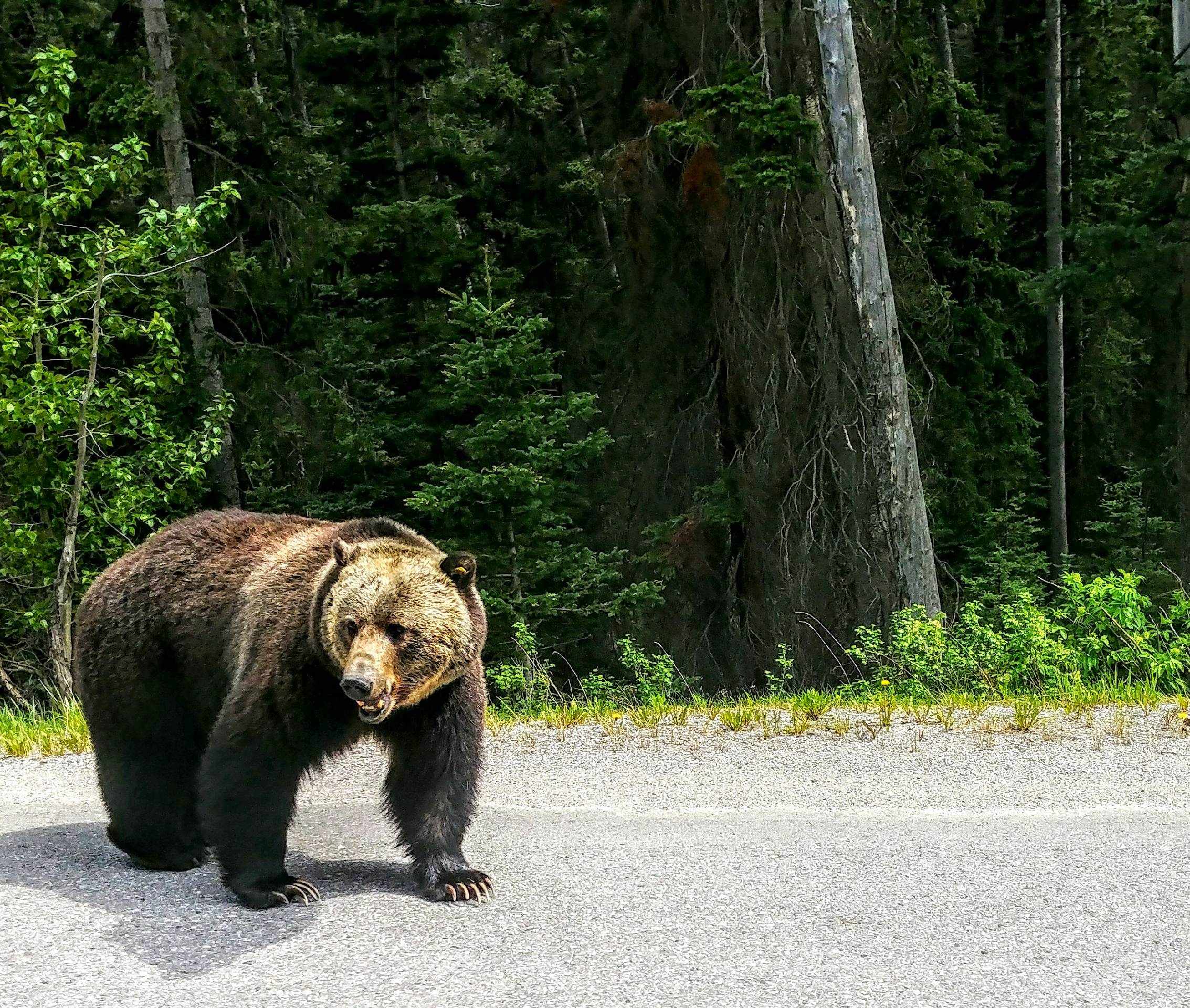 The Bears of Banff

The Bears Around Town 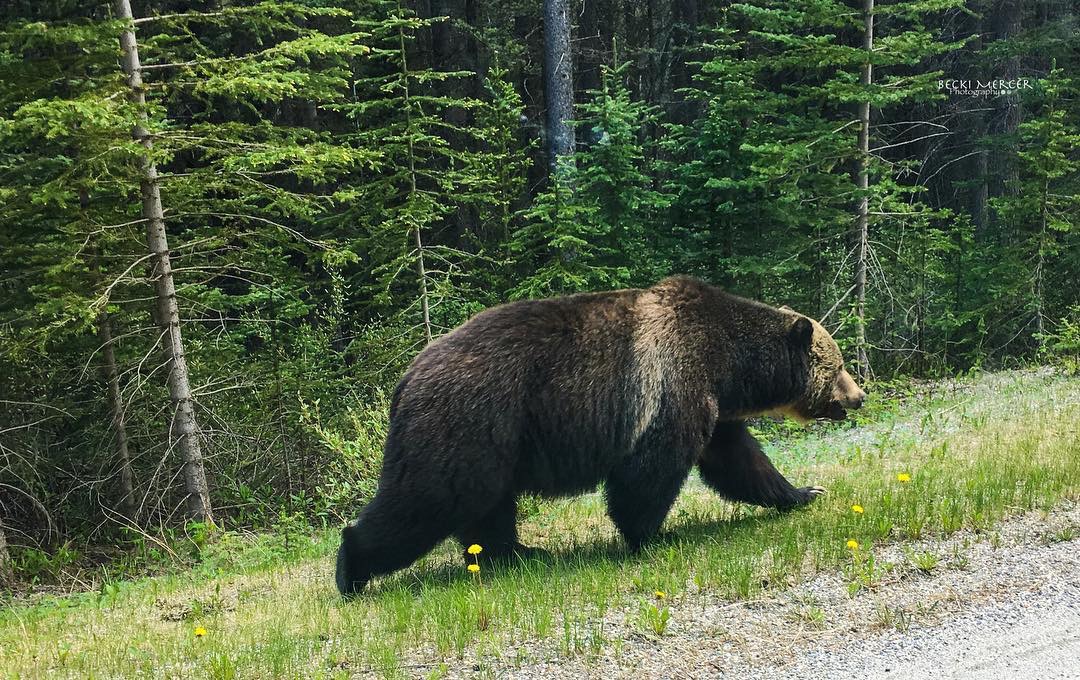 The bears of Banff National Park prefer to stay up high in the mountains, but within treeline.  Depending on the snow pack and the snow melt, bears can be seen at lower elevations in the late spring and early summer. In Banff National Park, two species of bears inhabbit our mountain park.  The Black Bear, and the Infamous Grizzly Bear.

Black Bears are the smaller of the two species of bears found in Banff National Park.  An adult male black bear can weigh 150 lbs to 300 lbs.  Black Bears are curious and shy.  For the smaller bear, they like to make their homes in dense forests.  A black bear will spend most of its life within its "home rage." Female black bears will typically stay within 2.5 to 10 square miles of their den, where males will travel between 10 and 59 square miles from their den.

Contrary to common conception, Black Bears are omnivores. Their diets are heavily influenced by the season.  It’s estimated that 85% of a Black Bear’s diet is made up of berries, roots, bulbs, and corms. In Banff, Black Bears like to snack on yellow dandelions that grow freely.

Black Bears are not known to be aggressive. Their nature is to avoid human contact. It is never a good idea to get to close to a bear. To prevent bear contact while hiking, make noise. Announce yourself. If you do come across a black bear, it is recommended to back away, slowly.

For many, seeing a Grizzly Bear in person is a bucket list item. Grizzly Bears symbolize North America and the wild west. Grizzly Bears are native to the mountain regions of Canada and the US. Names for their "grizzled"  look,  these bears are easy to identify. Most Grizzly Bears have a golden coat spiced with grey tips, a hump on their shoulder and a defined face.

The Grizzly Bear, with the exception of the momma bear, tends to be a solitary animal. They like their personal space. (Up to 4,000 acres of personal space). In size adult Grizzly’s can range from 300 lbs. to 800 lbs., they have an average shoulder height of 3.35 ft. And a length of 6 ft.  These magnificent beasts feast on a diet that includes both plants and animals. In the late summer/fall, Grizzly Bears eat essentially all day, as they prepare for hibernation.  During this time of hyperphagia its common for a grizzly bear to gain an average of 3 lbs a day.

Grizzly bears have one of the slowest gestation periods of any wild mammal. Like humans, pregnancy can last up to 9 months. A mother grizzly will raise her cubs for three years. Once she sets them loose, they will often find a home range next to where they grew up.

Grizzly Bears prefer to avoid contact with people. When caught off guard the Grizzly Bear will attack, especially the momma bear, if cubs are nearby.

Split Lip (Bear 136), the second largest grizzly bear in the bow valley, can be spotted in and around Sunshine. He tends to roam around the Sunshine Access Road.

If you’re lucky to see a bear in Banff National Park, be mindful to respect the animal. Keep your distance, make noise, and do not leave food for the animal. For more information on wildlife watching visit Parks Canada.