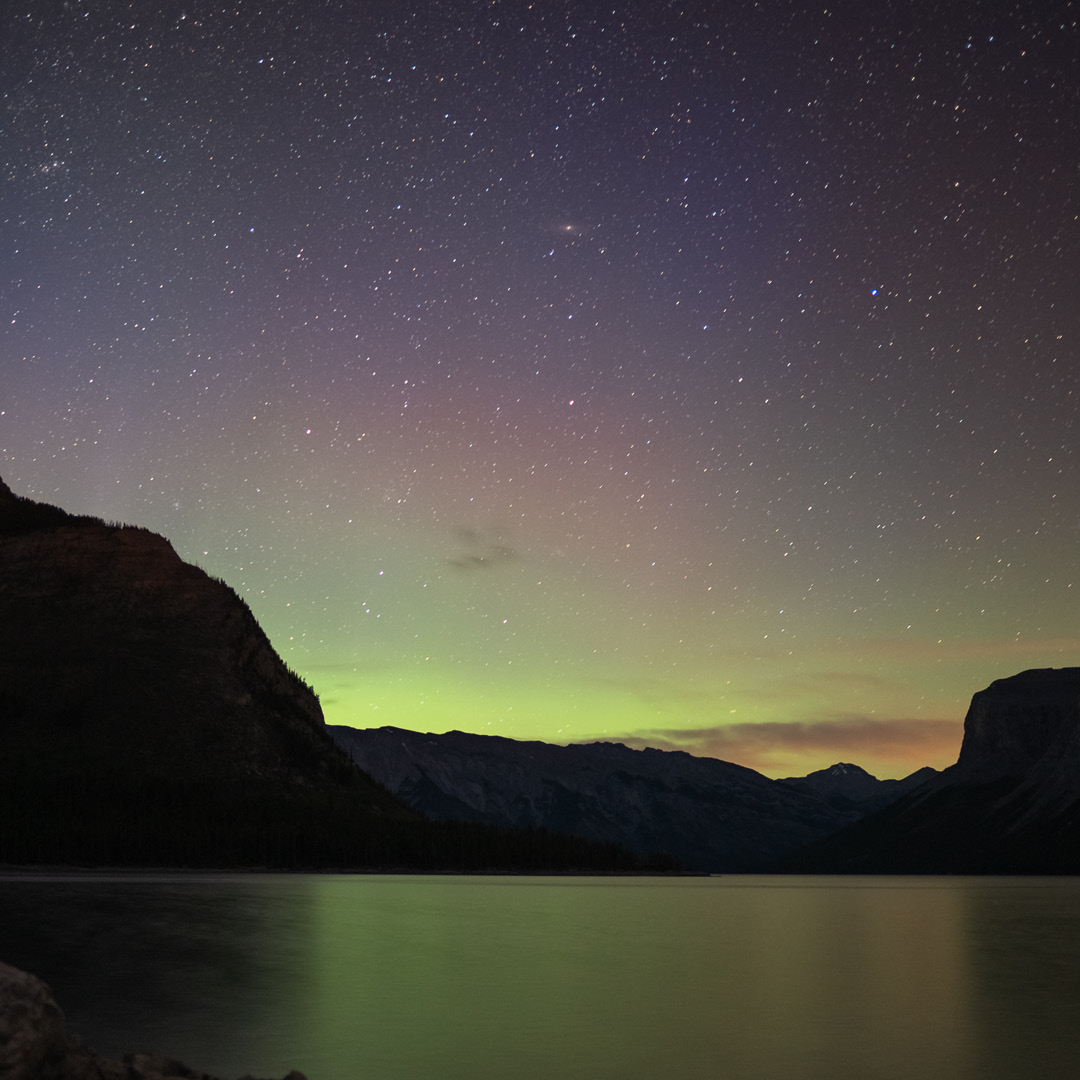 At Banff Sunshine Village, we are lucky to call the Canadian Rockies home. The beauty and grandeur of Banff National Park is unparalleled! Our location high on the continental divide, in sub-arctic terrain, makes us a magnet for both Canada’s Best Snow and dazzling light displays courtesy of the aurora borealis.

Named after the Roman Goddess of Dawn, the Latin name, ‘Aurora Borealis, translates to “dawn of the north.” Many Indigenous Canadian tribes believed the lights to be signs from elder’s past. It was thought that answers to questions related to where the buffalo roamed or what rivers to fish, could be found in the lit-up sky of the Northern Lights.

Ever wonder what causes the Northern Lights? The stunning spectacle of color dancing in the night sky is the surprising result of an astronomical collision between gaseous particles from Earth’s atmosphere colliding with charged particles released from the sun’s atmosphere. The colors of the lights are dependent on which gas particles are in the collision. Blue and purple lights result from nitrogen colliding with the sun’s rays, and oxygen-fueled collisions create the green and red lights.

Earth’s magnetic field is weakest at both its southern and northern poles, which is why Aurora’s can only be seen near both the North and South Poles. (Instead of Aurora Borealis, the Southern Lights are called Aurora Australis.)

If you have ever stopped to gaze at the Northern Lights, you (like us) have probably been memorized by how the color takes over the night sky. The light emission from an Aurora starts at 80 kilometers and can extend as high as 640 kilometers above the Earth’s surface.

To help you catch the Northern Lights, we have installed a new Aurora Cam on our website. Our Aurora Cam has been set up in a position to best capture the natural light show. For all of you hoping to know when the next display of lights will take place, we recommend signing up for Aurorawatch.ca.