By plane, bus, or car - there are many ways to arrive at Sunshine Village, and they're all super easy. Decide which one best fits your situation. 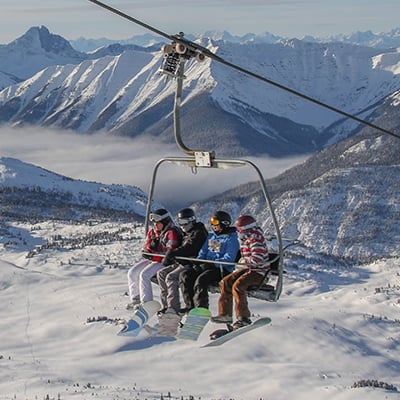 Getting Here Is Easy 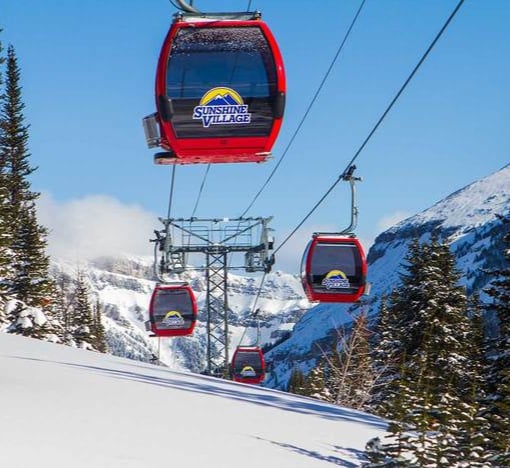 Calgary International Airport, your gateway to the Rockies.

The Calgary International Airport in one of Canada's most connected airports. With YYC's new international terminal, flying in and out of Calgary has never been easier. The Calgary International Airport is served by non-stop flights from major cities throughout the world, including London, Amsterdam, Beijing, Mexico City, Frankfurt, Newark, Los Angeles, Chicago, Toronto, Montreal, Dallas, Houston, Minneapolis, Denver, Salt Lake City, Los Angeles, San Francisco, Seattle and many other North American and international airports.

To pick up your rental car, head to the Rental Car Center. It is located on the Departures level across the roadway from the main terminal building. It can also be accessed by the elevator lobby across the arrivals roadway. Our On-Airport Car Rental companies operate out of the Rental Car Centre.

From the Calgary International Airport you can hop on the Banff Airporter, The Brewster Bus, Or Banff Transportation to get to Banff. Visit the YYC website to learn more. 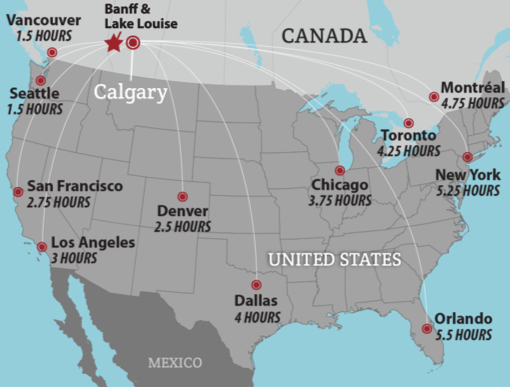 From Banff, Canmore and Calgary

Banff Sunshine Village offers daily bus service to and from Banff to Sunshine.

Return Shuttles can be caught out front of the Creekside Lodge. They leave every hour and 15 minutes starting at 2:30 pm till 6:30 pm.

Banff and Banff Sunshine are easy to get to and explore without a car. To get to Banff from the Calgary International Airport, you can book a ticket on one of several transportation services. Choose from the Banff Airporter, The Brewster Bus, Or Banff Transportation for private service to Banff.

From Calgary or Canmore (currently unavailable)

Headed to Banff Sunshine Village from Calgary or Canmore? Book a seat on the Sunshine Coach. Reserve online here: http://www.sunshinecoach.com/reservations/

ROAM Transit offers users public transportation throughout the Bow Valley.  Routes offered within Banff and Canmore, as well as between the two towns.  Click the link below for schedules, routes and more information.

Here For The Day.

At Sunshine you'll find terrain for the whole family to enjoy.

Wake up to Canada's Best Snow at Banff's only ski-in, ski-out hotel. Our Sunshine Mountain Lodge, is your mountain oasis.

Enjoy the comfort of our boutique hotel and the convenience of waking up to Canada's Best Mountain Terrain.